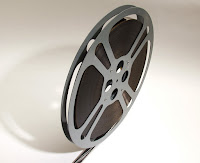 Any day now, they will start.  TV networks will broadcast classic Christmas movies, and they won’t stop until Christmas is over.  There will probably even be a marathon of A Christmas Story, as there has been every year since ... please don’t ask me, because I can’t remember.

In order to prepare for this yearly film festival, I have prepared a little quiz that will make you aware of how much you need to bone up on your Christmas movie knowledge, so that you can get up and go to the kitchen at any time during any of the shows without missing anything important.

Okay.  I have given you enough to get you started.  It is now up to you.

agirlcandream said…
Uhm... I guess I need to watch more than the ones made before 1970. I didn't even know about the other ones. :(

You just have to be an avid TV watcher around Christmas time. You can soon become a holiday movie expert.

There are some newer holiday movies that I don't know much about, either, because, for some reason, they don't appeal to me. I know all of the old classic ones, though.
February 9, 2018 at 1:47 AM